When I was a kid, my grandpa entertained me and my little brother by performing tricks. He knew tons of them. Pulling a coin from behind my ear and making it disappear again into nowhere was just a warmup before the real show. I don’t know where he learned all that, but we seriously took him for some kind of a magician 🙂 I remember him making an uproar at grandma’s 60th anniversary. When it was his turn to congratulate her and present his gift (which he bought with my help at the jewelry store I work in, by the way :), he made an enigmatic face, took grandma’s empty champagne glass, asked her to blow into it and cover it with a napkin. After that, he took it in his hand, said a very long and touching toast and when he returned it to grandma, the glass was already full and with a silver earring sparkling on the bottom. Everyone gasped for a few seconds and then the table exploded with applause. It was grandpa’s triumph as a conjurer 🙂 He gave a bow and while grandma was fishing the earring out of the glass and putting it into her right ear, he produced the other and put it in her left one 🙂 He had everything thought through 🙂 Today I’m sharing one of his favorite tricks that I found on YouTube. It’s called ‘Smoking Fingers.’ Practice and enjoy: https://www.youtube.com/watch?v=VH_DQok91K0. 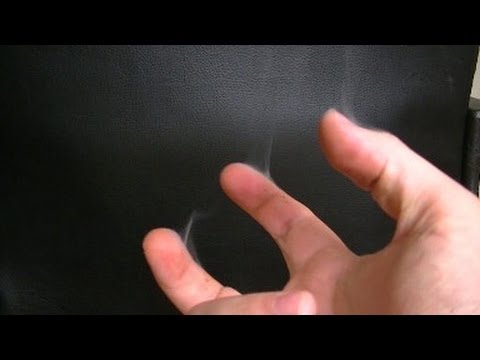